Tom Gorman, the first of our Contemporary Poets, interviewed by Lauren Sherry

Lauren:  I know now that you are from London, but could you tell me a bit about where you are from and about you?

Tom:  Yes, born in Hackney and then we moved around a lot, I lived in Basildon for a while in Essex, then we lived in the South of Ireland for a while, in Cork – after that we moved to Bristol where we lived for about 20 years and that was where I kind of did most of my growing up. I have been here in Portsmouth for the last 11 years. I worked at the University for about 4 years, I then went full circle and I worked back in London for six months, but I’m currently working in Portsmouth again.

Lauren:  Did you find writing in any of those places more inspirational or one place that you found that you wrote the most?

Tom:  Well I have always lived in Ports and I think that is really interesting.  I was born in a Port and lived in Cork which is also a Port.  Portsmouth is a Port and Bristol was the second Port in the Country after London until Liverpool took over. I think growing up in Ports influenced me and my first book of poetry was called ‘Transition Island Songs’. 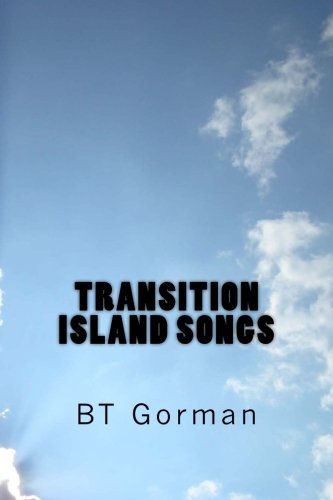 Lauren:  So, your second book was Seaside Boogie?

Tom:  Yes that’s right, my second poetry book is ‘Seaside Boogie’. Both poetry collections have very strong influences from the coastline and the sea.  ‘Transition Island Songs’ was really about how Ports reflect the transitions in life.  In Ports you have coming and going of ships and people, so you have this real mix that you don’t get elsewhere.  Living in Port towns has this dynamic that you don’t get in rural towns.  I have lived in other towns in the countryside as well as on the coast, in a very small town when I was younger called Fermoy (which is a Market Town in Southern Ireland) and life revolves very much around race horses and farms’, so it is very agricultural.  It is a different beat; the pace of life is much slower and the vibe is different to somewhere like London for example, and everybody knows each other in small rural towns.

Lauren:  I don’t think about London as a Port, but yes, I guess it is.

Tom:  The history of London’s growth is tied to it’s roots as a Port.  Where I first grew up was not far from Tilbury Docks which is halfway between Basildon and London.  I was born in the East End, so in my early childhood I visited places like Tilbury Fort and Southend on Sea.  All of the Thames Estuary is littered with Docks and moorings. London was primarily a Port and that was why it grew.  That is why it has this dynamic, like you look at Liverpool, Dublin and other major cities of the world and they are all Ports.  Dublin and Liverpool and Portsmouth as well were notorious for stuff falling of the back of lorries so to speak and some of these goods would arrive and communities in these places would get influenced by foreign foods and clothing and other exotic goods.

Lauren:  And people would be coming too, so it would be more culturally diverse too and a mix of people.

Tom:  Yes, absolutely, you absorb influences from the people that live here permanently, but it tends to create this really interesting dynamic that you don’t get in rural (agricultural) towns.  If you read any Thomas Hardy books, his books are very rural and if you read,  for example the ‘Mayor of Casterbridge’ and ‘Jude the Obscure’ and others like that, they don’t have the same dynamic, they reflect more of the slow pace of rural life, but they are interesting books to read because they are about living in rural communities.

Lauren:  Is that making a story out of small town life?

Tom:  Exactly that, and these books can be just as interesting as books about life in Ports, or like ‘The Shipping News’ by Annie Proulx which is about a small fishing community.  But for me definitely Ports are really what interest me, and I suppose that has influenced a lot of my writing and as Hemmingway said ‘write what you know’.

Lauren: You said that you lived in County Cork for a bit, and I am guessing that was quite rural?

Tom:  Yes, I love the countryside as well and nature themes.  Nature comes into it a lot and I tend to like Poets and Writers like Edward Thomas who write about the English Countryside which the England Remembered Book references.  I love walking in woods and used to go to the Forest of Dean quite a lot which is amazing and also the Wye Valley in Wales which is not far from Bristol.

Lauren:  Did you write a lot as a child or were there any other writers in the family?

Tom:  What is interesting is that I am slightly dyslexic, I couldn’t read properly until I was about 10 years of age, I was a very slow learner.  Then because I felt that I had missed out as a child, I caught up and overtook my brothers very quickly.  I was reading Shakespeare and Somerset Maugham when I was 12 years old and they were still on Marvel comics, which I also loved to read!  I love libraries, and I spent a lot of time in libraries when I first moved to Portsmouth. I was in-between jobs for a while and I used to visit the library a lot and I became quite friendly with the Chief Librarian who later did a book launch for my novel ‘Underclass’ at Southsea Library.  On one day when I was borrowing some books she remarked, ‘did you know how many books you have read in the last year’ and I said ‘no’ and she replied ‘you are one of our number one customers, you’ve read 300 books’ and I hadn’t realised.

Lauren:  I wish I could get through that many books.

Tom:  I was an avid reader.  I was devouring five or six a week.  They were books on everything, if I liked the title on something I picked it up.  I read Philip K Dick, pretty much everything he wrote and I started liking his writing style, and then I would read philosophy books, Immanuel Kant’s “The Critique of Pure Reason’ and things like that. I read a lot of books by other European authors as well – yes it really varied and went right across the board.

Lauren:  What is your earliest memory of writing then would you say?

Tom:  I suppose it would be at school.  Funnily enough I was always more of a reader than a writer.  I had a go when I was a teenage, I wrote some poems and I really hated them and destroyed them afterwards which is a real shame.  The thing is when you are that age it is really easy to read someone else who is really good and then just think that this just not good enough, whereas everything you write has merit.  I think it is a mistake to tear them up or burn them, which unfortunately is what I did, so I have some slight regret there.

Lauren:  So how did you get to where you are now with regards to your writing?  Were there prominent moments?

Tom:  There are – I think I had difficult times in my life, like the death of my mother when I was in my late teens.   Also my brother was quite ill and I looked after him for a while when I first came to Portsmouth.  That re-started, or kick started my writing if you like.  There are moments in your life when you come to crossroads, major moments in life when writing can be very cathartic. Writing can be a form of therapy to help you cope with emotional stress.  Especially poetry which is very emotional and when you are in situations of high stress like the first world war poets would have been in.

Lauren:  It would seem a difficult thing to do in those circumstances, but perhaps it was a form of escape?

Tom:  Yes, there would have been a lot of down time in the trenches, between attacks and when the troops were moving to and from the front line.  If they had been in action and had survived and then gone back away from the front they had to find some way of coping with the trauma and dealing with it. Words can be very powerful things used by really good poets like Edward Thomas.  The thing I kind of like about the war poetry is that they are in that stressful situation and you can almost feel it coming through in the words.  This longing for home, the description of the countryside – the use of metaphors like ‘In Flanders Fields’ (John McCrae) the poppies and the blood.  For some there is almost a desperation about their writing like Wilfred Owen, definitely you can see that they are thinking that they could be dead the next day and it could be their last chance to do something to leave a mark so to speak.

Lauren:  More people wrote poetry at that time – do you think it was a normal thing to do compared to today?

Tom:  I think it was taught more in schools.  They would have read Kipling and they would have had classes on poetry.  The first world war wasn’t the first war that they had written poems about.  If you go back to the 1800’s you can find ‘The Charge of the Light Brigade’ by Tennyson, you have the Crimean War and the Napoleonic Wars.  Poetry was published in newspapers on an everyday basis.

Lauren:  For Nowell Oxland we only have one poem that has survived ‘Outward Bound’, but would you think from reading it that there must have been more?

Tom:  Absolutely, certainly speaking from a writing point of view Oxland is unique in that respect.  Poets will often go over their work many times and perhaps show it to someone before they are happy to send it off or stand up and read it in a modern context.  But he would not have had that luxury.  You can tell good poets, like an artist creating an oil painting with words – the way they paint a picture.  He certainly has that gift in this poem.

Tom has contributed three poems to the England Remembered Book; ‘Normandy to Hampshire’, ‘Dorothy and David’ and ‘Nineteen Fourteen’.

You can hear the second part of Tom’s interview and more about Normandy to Hampshire and his other poems.

Tom’s novel Underclass is published by Roundfire and is available to purchase online.