Edward Thomas composed many of his poems at the Bee House in the garden of his cottage at Wick Green near Steep in Hampshire.

A prolific writer, Thomas, had published twenty prose books under his own name by 1913 and had edited or introduced a dozen more.  Over seventy of his articles had been printed in periodicals and in excess of 1,500 signed book reviews.  He had published three biographies, almost fifty reviews of work as literary critic for the Daily Chronicle ranging from Chaucer to his contemporaries and was working on a travel book tracing the Icknield Way. (1)  But even with this successful career he felt trapped by the constant turnover of work and his family responsibilities as the breadwinner.  It was through an introduction by fellow Poet, Wilfred Wilson Gibson, and a developing friendship with the American Poet, Robert Frost, that Edward discovered a new voice in poetry.

In the two years prior to his embarkation to France in 1917 he wrote more than 140 poems at the Bee House and in his quarters at Hare Hall Camp at Romford, Essex.  Most were about the Countryside, but written at a time of war they take on a special significance, as Robert Frost argued ‘this was war poetry’. 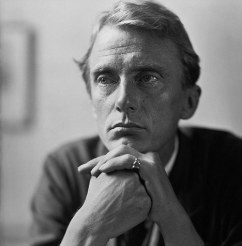 In ‘Now All Roads Lead to France’, author Matthew Hollis describes the view from Edward’s study; ‘700 feet up in the East Hampshire Hangers, Thomas could make out sixty miles of South Downs at one glance.  Beneath him, the hillside dropped southward into a dark Coombe of beech and yew trees; along the ridge lay the Shoulder of Mutton …  To the north lay the hangers of Oakshott, Happersnapper, Roundhills, Reston and the Warren, each descending rapidly north-east from the plateau into farmland.  To the south and west, Ashford Hill and Lutcombe Bottom pinned a second, curling ridge that passed through Strawberry Hanger, Lythe Hanger, Great Hanger and Cold Hill.  Thick, broad-leafed woods plunged down from the plateau…. woodpeckers drummed through the canopy, roe deer and fox ran on the floor below. (2)

Edward spent as much time as possible walking the hills and the village at the foot of the scarp named Steep, before returning to his solitary bolt hole.  In his outpouring of poetry he attempted to identify the “England” for which people were now fighting.  For Thomas that turned out to be the English countryside he had spent much of his life tramping over and writing about.  Peter Parker writing for The Telegraph identifies Thomas ‘as an observer of the rural scene rather than a romantic pastoralist’, perhaps this is why his poems still seem radically modern today. (3)

As the team’s head-brass flashed out on the turn
The lovers disappeared into the wood.
I sat among the boughs of the fallen elm
That strewed an angle of the fallow, and
Watched the plough narrowing a yellow square
Of charlock. Every time the horses turned
Instead of treading me down, the ploughman leaned
Upon the handles to say or ask a word,
About the weather, next about the war.
Scraping the share he faced towards the wood,
And screwed along the furrow till the brass flashed
Once more.
The blizzard felled the elm whose crest
I sat in, by a woodpecker’s round hole,
The ploughman said. “When will they take it away?”
“When the war’s over.” So the talk began—
One minute and an interval of ten,
A minute more and the same interval.
“Have you been out?” “No.” “And don’t want
to, perhaps?”
“If I could only come back again, I should.
I could spare an arm. I shouldn’t want to lose
A leg. If I should lose my head, why, so,
I should want nothing more. . . . Have many gone
From here?” “Yes.” “Many lost?” “Yes, a good few.
Only two teams work on the farm this year.
One of my mates is dead. The second day
In France they killed him. It was back in March,
The very night of the blizzard, too. Now if
He had stayed here we should have moved the tree.”
“And I should not have sat here. Everything
Would have been different. For it would have been
Another world.” “Ay, and a better, though
If we could see all all might seem good.” Then
The lovers came out of the wood again:
The horses started and for the last time
I watched the clods crumble and topple over
After the ploughshare and the stumbling team. (4)

Thomas volunteered for the Artists’ Rifles in July 1915 and quickly became a map reading instructor at the Camp in Essex.  At the age of 37, he could have honourably remained in this post for the rest of the war, but France preyed on his mind and became the source of many arguments with his Father.  His closest friend, Robert Frost, had returned to America at the onset of war and it was from here that he sent Thomas a copy of his poem ‘The Road Not Taken’.  Edward believed that the lines mocked his own indecisive nature and it is claimed to be one of the triggers in his decision to apply for an overseas commission.  Just eight weeks after writing ‘As the Team’s Head-Brass’ in July 1916 Thomas received his orders as 2nd Lieutenant in the 244 Siege Battery of the Royal Artillery.

Pressed on his reasons for enlisting by his long-time friend Eleanor Farjeon, Edward “bent down and scooped a handful of soil from around his shoe and said ‘literally, for this'” (5)

Edward Thomas did not leave us any poems directly about his experiences on the Western Front, in fact he wrote no poetry at all after he arrived in France in January 1917, apart from a couple of lines in his diary.  But throughout his work the thread of compassion for his fellow countrymen’s plight is evident not only in As The Team’s Head-Brass and In Memoriam (Easter 1915), but also Lights Out and The Owl.

Downhill I came, hungry, and yet not starved;
Cold, yet had heat within me that was proof
Against the North wind; tired, yet so that rest
Had seemed the sweetest thing under a roof.

Then at the inn I had food, fire, and rest,
Knowing how hungry, cold, and tired was I.
All of the night was quite barred out except
An owl’s cry, a most melancholy cry

Shaken out long and clear upon the hill,
No merry note, nor cause of merriment,
But one telling me plain what I escaped
And others could not, that night, as in I went.

And salted was my food, and my repose,
Salted and sobered, too, by the bird’s voice
Speaking for all who lay under the stars,
Soldiers and poor, unable to rejoice. (6)

The draft of his first poetry book ‘Poems’, edited by Thomas himself, had been forwarded to his Publishers, Selwyn and Blount, at the end of 1916 just before his departure for France.  The plan was to publish this work the following year under his pseudonym ‘Edward Eastaway’, but sadly he did not live to see the book printed.

In later posts A Picture of Helen and The Road Not Taken – Robert Frost & Edward Thomas we learn more about Edwards family life, his friendship with Robert Frost and follow his journey to France culminating in the events on Easter Sunday at the Battle of Arras 1917.

(3) Edward Thomas: an acute depressive who loved the English countryside, Barker, Peter, The Telegraph, 30 May 2015

2 thoughts on “As The Team’s Head-Brass – Edward Thomas”